Summertime is time to make slaw. Here is our list for Saturday’s stand, recipe follows!

A sweet and sour raw Asian slaw salad of refreshing green fruits cools and delights the palate and is a great complementary foil for barbecued or grilled meats or other salty foods.

Quarter cup or so of fresh raw peanuts, chopped and dry roasted with salt (yes, we have been experimenting with peanuts!)

Few drops of potent pepper sauce or half a fresh chili pepper, diced

Grate the mango, papaya and pumpkin on a box grater (great upper arm workout) or using a food processor. Slice the red onions thin. Toss all together in a large bowl.

Mix together the dressing. Pour over and toss. Refrigerate.

Roast the peanuts and sprinkle over top or reserve on side for garnish.

Look for Luca at Mango Melee on Sunday! In the new farmer section!

Compared to this time last year, things are blessedly moist right now. The 6+ inches of rain we got at the beginning of the month of May <insert happy dance> has continued to promote explosive growth all over the farm. 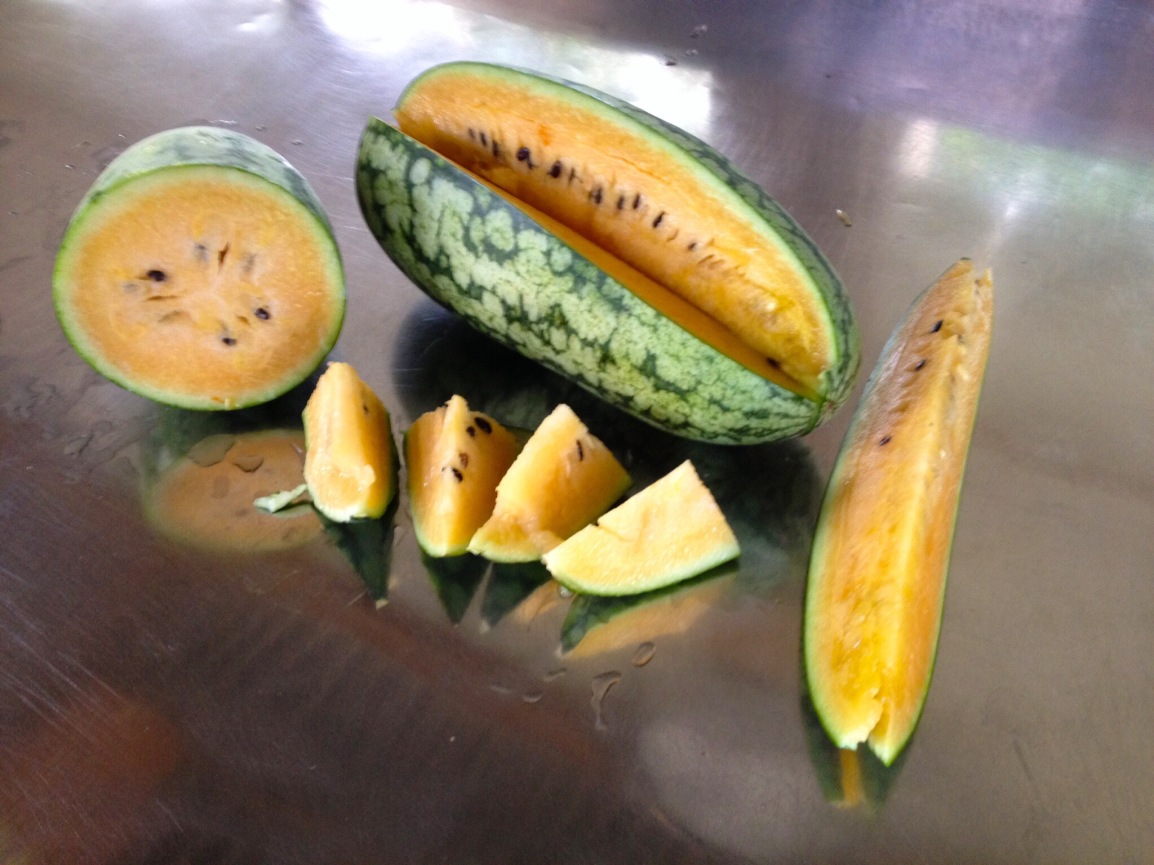 The season is shifting from mid-spring into early summer! Pineapples in mere weeks! Dragonfruit blooms busting out! Here comes the fruit!

We now have some beautiful papayas that many of you have been enjoying. They are sweet, with thick flesh and very few seeds, creamy and delicious with a squeeze of lime -or- for a simpler recipe, just add a spoon and your face! The skin of the papaya fruit has traditionally been used as a healing poultice for cuts, abrasions and bruises. Papaya contains digestive enzymes and is often also used for stomach ailments and even as a meat tenderizer. It is a healing, comforting food. 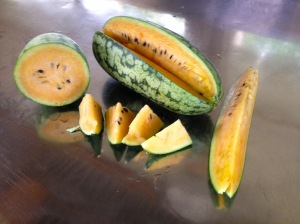 And now, the headliner, MELONS! Luca is a serious watermelon monster. He has grown some beautiful little watermelons with a sweet, almost butterscotch-like flavor. We failed on several occasions to get a picture of its unusual orangey-yellow flesh before it was eaten…finally captured one yesterday.

The arts are very busy this weekend with the VI Lit Fest partying hard at UVI and CMCArts, and various art exhibitions including a mix of student and professional work at the Good Hope Country Day School. Get out and enjoy some culture, or stay in and practice your own creativity!

Yesterday’s full moon coincided with Earth Day. We hope that more and more people will join communities like ours of small farmers and their dedicated customers, to practice Earth Day consciousness and conservation around the calendar all year long.

Aaaand…Decorate your table or make a lovely gift of fresh cut zinnias and sunflowers.

Local artists Luca & Christina Gasperi run ARTfarm, a small local vegetable farm and art gallery. Together with a small staff we grow a variety of salad greens, heirloom tomatoes, herbs, veggies, and tropical fruits. We welcome volunteers who want to learn about our organic growing methods.

A Glimpse of the ARTfarm 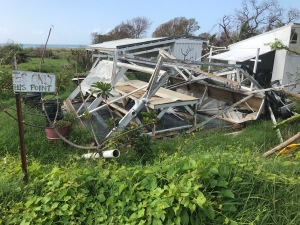